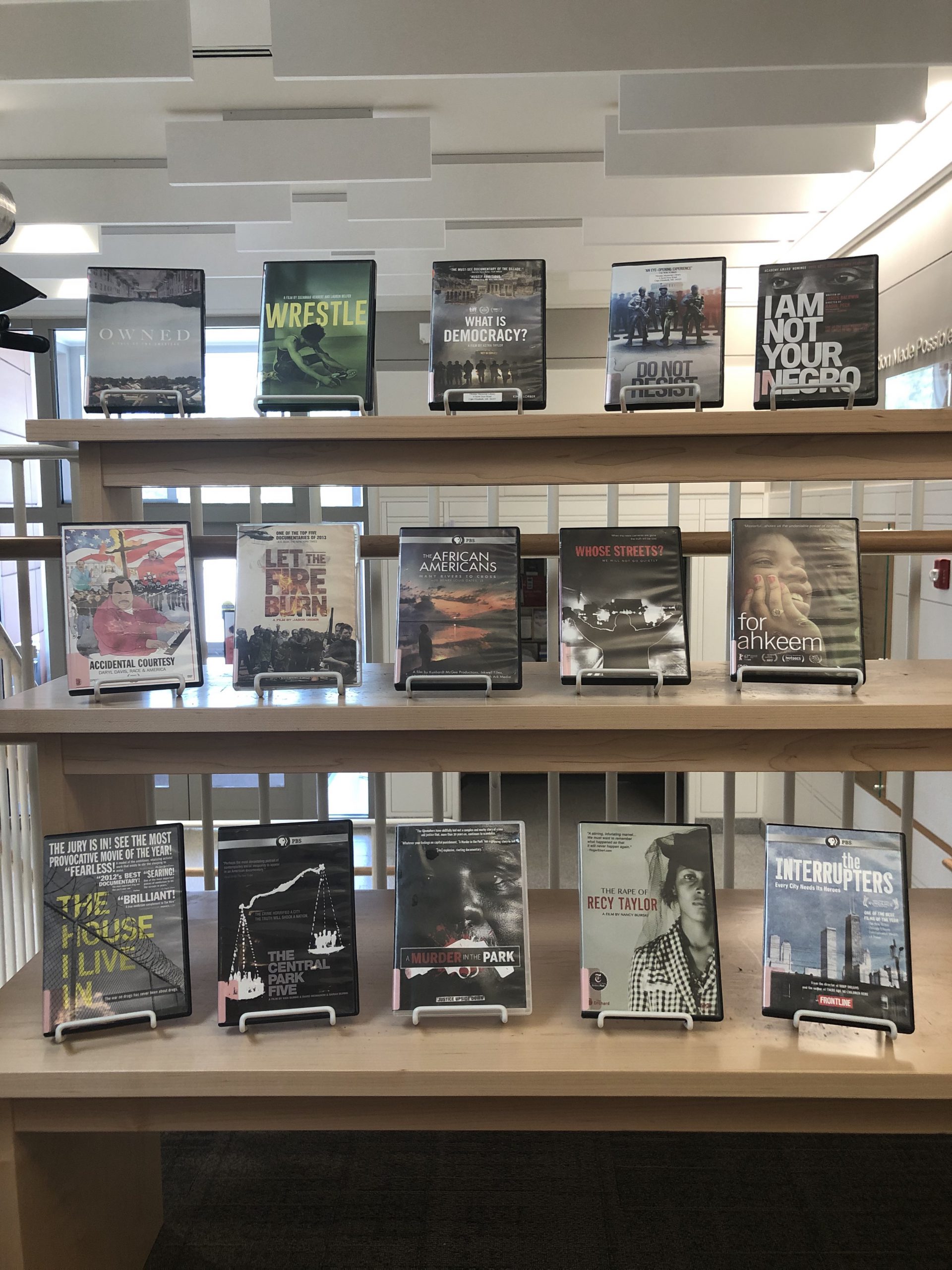 Owned : a tale of two Americas

The documentary unearths the complicated, painful, often disturbing history of housing policy in America, shifting perceptions about what the idea of home means.

Hoop Dreams goes to the mat in WRESTLE, an intimate coming-of-age documentary about four members of a high-school wrestling team at Huntsville's J.O. Johnson High School, a longstanding entry on Alabama's list of failing schools. Coached by teacher Chris Scribner, teammates Jailen, Jamario, Teague, and Jaquan each face challenges far beyond a shot at the State Championship: splintered family lives, drug use, teenage pregnancy, mental health struggles, and run-ins with the law threaten to derail their success on the mat and lock any doors that could otherwise open. Tough-love coach Scribner isn't off the hook, either; he must come to terms with his own past conflicts while unwittingly wading into the complexities of race, class and privilege in the South. Director Suzannah Herbert and Co-Director Lauren Belfer captured over 650 hours of footage during the course of the team's final season to create this closely observed, deeply affecting depiction of growing up disadvantaged in America today.

This reflection on democracy spans millennia and continents, from ancient Athens' groundbreaking experiment in self-government to capitalism's roots in medieval Italy, and from modern-day Greece grappling the with its financial collapse and mounting refugee crisis to the United States reckoning with its past and the growing gap between rich and poor.

An urgent documentary explores the militarization of local police departments, in their tactics, training, and acquisition of equipment, since 9/11. With unprecedented access to police conventions, equipment expos, and officers themselves, filmmaker Craig Atkinson, the son of a SWAT team member, crafts an eye-popping nonpartisan look at the changing face of law enforcement in America.

I Am Not Your Negro

Musician Daryl Davis has an unusual hobby. He's played all over the world with legends like Chuck Berry and Little Richard, but it's what Daryl does in his free time that sets him apart. In an effort to find out how anyone can 'hate me without knowing me' he takes an interesting line of research. Daryl likes to meet and befriend members of the Ku Klux Klan, something few black men can say.

Comprised of found footage and sound bites, Let the fire burn describes the conflict between the Black Power group MOVE and the people and city government of Philadelphia, culminating in the armed standoff of May 13, 1985, in which one police officer and eleven MOVE members were killed, ending when Philadelphia police dropped a bomb on the row house that served as MOVE headquarters.

Told by the activists and leaders who live and breathe this movement for justice, an unflinching look at the Ferguson uprising. When unarmed teenager Michael Brown is killed by police and left lying in the street for hours, it marks a breaking point for the residents of St. Louis, Missouri. Grief, long-standing racial tensions and renewed anger bring residents together to hold vigil and protest this latest tragedy. Empowered parents, artists, and teachers from around the country come together as freedom fighters. As the National Guard descends on Ferguson with military grade weaponry, these young community members become the torchbearers of a new resistance.

After a fight lands 17-year-old Daje Shelton in a court-supervised high school, she's determined to turn things around and make a better future for herself -- a challenge that many black teenagers face in America today.

The House I Live In

The House I Live In takes on the 40-year history of the "War on Drugs," exploring in depth why it has been such a costly failure. No dry exegeses, this story is full of unexpected twists and turns, and compelling accounts from police officers, prison authorities, Federal judges, journalists, politicians, inmates and families trying to deal with drug users in their own homes. Jarecki lays out complex issues in accessible terms, delineating a clear analysis of what has happened over four decades-- and in the process telling the stories of individuals from all over the United States.

The Central Park Five, a film from award-winning filmmaker Ken Burns, tells the story of the five black and Latino teenagers from Harlem who were wrongly convicted of raping a white woman in New York City's Central Park in 1989. Directed and produced by Burns, David McMahon and Sarah Burns, the film chronicles the Central Park Jogger case, for the first time from the perspective of the five teenagers whose lives were upended by this miscarriage of justice.

On April 20, 1989, the body of a woman barely clinging to life is discovered in Central Park. Within days, Antron McCray, Kevin Richardson, Raymond Santana, Korey Wise, and Yusef Salaam confess to her rape and beating after many hours of aggressive interrogation at the hands of seasoned homicide detectives. The five serve their complete sentences, between 6 and 13 years, before another man, serial rapist Matias Reyes, admits to the crime, and DNA testing supports his confession.

A Murder in the Park

With his execution just 48 hours away, Anthony Porter's life was saved by a Northwestern University journalism class. Their re-investigation of the crime for which he was convicted-a double homicide in a Chicago park-led to the discovery of the real killer, Alstory Simon, whose confession exonerated Porter. If it all sounds too good to be true, it's because, as compellingly argued here, Porter actually is guilty, Simon is an innocent man and both are just pawns in a much larger plan.

The Rape of Recy Taylor

Recy Taylor, a 24-year-old black mother and sharecropper, was gang raped by six white boys in 1944 Alabama. Common in Jim Crow South, few women spoke up in fear for their lives. Not Recy Taylor, who bravely identified her rapists. The NAACP sent its chief rape investigator Rosa Parks, who rallied support and triggered an unprecedented outcry for justice.

Our film exposes a legacy of physical abuse of black women and reveals Rosa Parks’ intimate role in Recy Taylor’s story. An attempted rape against Parks was but one inspiration for her ongoing work to find justice for countless women like Taylor. The 1955 bus boycott was an end result, not a beginning.

More and more women are now speaking up after rape. Our film tells the story of black women who spoke up when danger was greatest; it was their noble efforts to take back their bodies that led to the Montgomery Bus Boycott and movements that followed. The 2017 Global March by Women is linked to their courage. From sexual aggression on ‘40s southern streets to today’s college campuses and to the threatened right to choose, it is control of women’s bodies that powered the movement in Recy Taylor’s day and fuels our outrage today.

The Interrupters presents unforgettable profiles in courage, as three former street criminals in Chicago place themselves in the line of fire to protect their communities. The two-hour film follows the lives of these “Violence Interrupters,” who include the charismatic daughter of one of the city’s most notorious former gang leaders, the son of a murdered father, and a man haunted by a killing he committed as a teenager. As they intervene in disputes to prevent violence, they reveal their own inspired journeys of struggle and redemption.