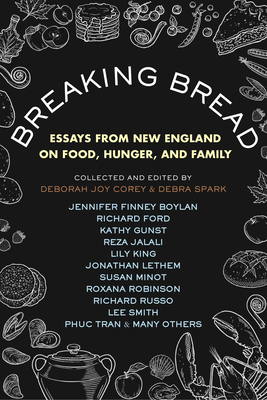 Breaking Bread: Essays on New England Food, Hunger, and Family is a new anthology featuring Nearly 70 renowned New England writers writing about food and how it sustains us—mind, body, and soul. A collection of essays by top literary talents and food writers, Breaking Bread celebrates local foods, family, and community, while exploring how what’s on our plates engages with what’s off: grief, pleasure, love, ethics, race, and class. For this special event, we’ll be joined by six of the authors, as well as the anthology’s editor, as they read and discuss their work. This program will take place in person at the library and will be streamed simultaneously on Zoom, for those wishing to attend virtually. If you plan on attending, please register for this program below so that we can send you a reminder on the day of the event, as well as an optional Zoom link to join us. All are welcome!

Please register by filling out the form below
and we’ll send you a reminder and a link to join us! 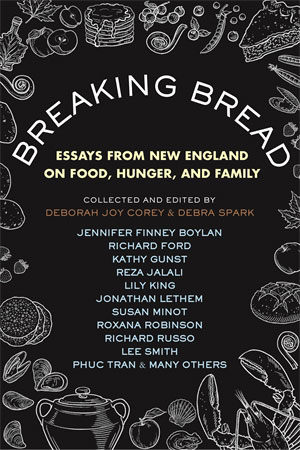 About Breaking Bread
A collection of essays by top literary talents and food writers, Breaking Bread celebrates local foods, family, and community, while exploring how what’s on our plates engages with what’s off: grief, pleasure, love, ethics, race, and class. Nearly 70 renowned New England writers gather round the table to talk food and how it sustains us—mind, body, and soul.

Here, you’ll find Lily King on chocolate chip cookies, Richard Russo on beans, Jennifer Finney Boylan on homemade pizza, Susan Minot on the non-food food of her youth, and Richard Ford on why food doesn’t much interest him. Nancy Harmon Jenkins talks scallops, and Sandy Oliver the pleasures of being a locavore. Other essays address a beloved childhood food from Iran, the horror of starving in a prison camp, the urge to bake pot brownies for an ill friend, and the pleasure of buying a prized chocolate egg for a child.

Profits from this collection will benefit Blue Angel, a nonprofit combating food insecurity by delivering healthy food from local farmers to those in need.

About Susan Conley
Susan is the award-winning author of five books, including her newest, best-selling novel Landslide, which was a New York Times Book Review’s “Editor’s Choice.” She’s been awarded multiple fellowships from the MacDowell Colony, as well as Literary Fellowships from the Bread Loaf Writers’ Conference, The Maine Arts Commission, and the Massachusetts Arts Council. She’s won the Maine Book Award and the Maine Award for Publishing Excellence and has been a featured Tedx Speaker, where her talk the “Power of Story,” has been viewed widely. She teaches on the faculty of the Stonecoast Writers Program in Portland, where she’s the co-founder of the Telling Room, a youth creative writing center.

Reza Jalali is a writer, educator, and immigrant advocate. Reza was recognized as one of the eminent ethnic Americans in Making it in America: A Sourcebook on Eminent Ethnic Americans (©2001by Elliott Robert Barkan.) As a member of Amnesty International USA Board of Directors, Jalali has led delegations to different refugee camps in Turkey and Bosnia. In 1992, he visited the White House as part of a national delegation to discuss the plight of Kurdish refugees fleeing Iraq. He has taught at University of Southern Maine and Bangor Theological Seminary. His books include the award-winning children’s book, Moon Watchers and Homesick Mosque and Other Stories. His play, The Poets and the Assassin, is about women in Iran and Islam. He has been featured in the National Public Radio’s nationally acclaimed storytelling program, The Moth Radio. Jalali co-authored New Mainers, a book about Maine’s immigrants. He is the co-author of the book Dear Maine, which was published in 2021. He is the Executive Director of the Greater Portland Immigrant Welcome Center.

About Lily King
Lily King is the New York Times bestselling author of five novels and a collection of short stories. Her work has won numerous awards including the Kirkus Prize, the New England Book Award for Fiction, the Maine Book Award for Fiction, a Whiting Award, and the Barnes and Noble Discover Award. She has been a finalist for the National Book Critics Circle Award and the Story Prize, and an alternate for the Pen/Hemingway Award. King lives with her family in Portland, Maine.

Elizabeth Peavey is the author three books and countless print columns and features. Her one-woman show, My Mother’s Clothes Are Not My Mother, played to sold-out houses for six years and received the Maine Literary Award for Best Drama. She is a frequent keynote and guest lecturer at conferences and schools, and she provides communications training – with an emphasis on story – to institutions and organizations in fields ranging from finance, law, and health, to the arts, education, and advocacy.

Kevin St. Jarre worked in the corporate world, his teaching and consulting have taken him around the globe, and he’s a combat veteran. He is a journalist, a teacher, and has an MFA in Creative Writing from the Stonecoast MFA program. His first three novels were published by Berkley Books. His latest novels, The Book of Emmaus (2022), Absence of Grace (2022), The Twin (2021), Celestine (2021), and Aliens, Drywall, and a Unicycle (2020), have all been published by Encircle Publications. His essays and poetry have appeared in various publications, and his Pushcart-nominated short fiction has appeared in journals such as Story and Solstice Literary Magazine. He grew up in Madawaska, Maine and now lives on Maine’s coast. 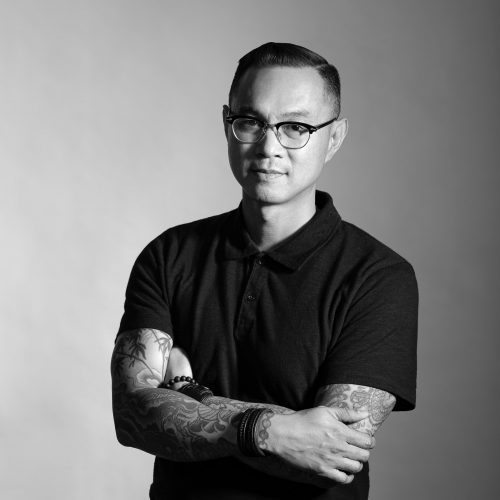 Phuc Tran has been a high school Latin teacher for more than twenty years while also simultaneously establishing himself as a highly sought-after tattooer in the Northeast. His 2012 TEDx talk “Grammar, Identity, and the Dark Side of the Subjunctive” was featured on NPR’s Ted Radio Hour. His acclaimed memoir, SIGH, GONE: A Misfit’s Memoir of Great Books, Punk Rock, and The Fight To Fit In, received the 2020 New England Book Award for Nonfiction and the 2021 Maine Literary Award for Memoir. SIGH, GONE was named a best book of 2020 by Amazon, Audible, Kirkus Reviews, and many other publications.