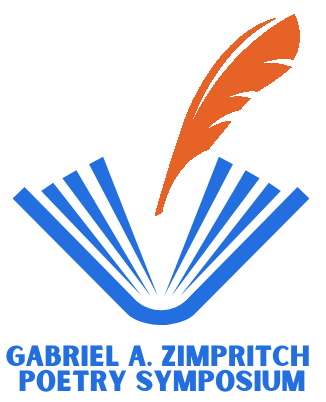 Each year the Gabriel A. Zimpritch Poetry Symposium is held in memory of Gabe Zimpritch, who was student at Cape Elizabeth High School when he died suddenly in 1995. One of his passions was poetry, and this prompted his family and friends to establish the Gabriel A. Zimpritch Library Fund, which supports the Poetry Collection at Thomas Memorial Library and the Poetry Symposium.

A group of high school students will be working virtually with poet Tina Chang all day on Friday, April 30 in the library’s symposium. The public is invited to attend a reading in the evening featuring Ms. Chang and these student poets. Please fill out the form below to register!

Tina Chang is an American poet, teacher, and editor. In 2010, she was the first woman to be named Poet Laureate of Brooklyn and she continues to serve in this role. She is the author of three poetry collections: Hybrida (W. W. Norton, May 2019), Of Gods & Strangers (Four Way Books, 2011), and Half-Lit Houses (Four Way Books, 2004). Tina Chang received her MFA in poetry from Columbia University. She is a professor and Director of Creative Writing at her alma mater, Binghamton University.

She is the co-editor of the seminal anthology Language for a New Century: Contemporary Poetry from the Middle East, Asia, and Beyond (W.W. Norton, 2008), which was hailed as, “One of the 10 greatest international anthologies, a timeless resource” by the Academy of American Poets, and was praised by the Financial Times, San Francisco Chronicle, Washington Post, Poets & Writers and many other periodicals. Of the anthology, poet Carolyn Forché said, “Read Language for a New Century as you would a field guide to the human condition in our time, a poetic survival manual.”

Chang is the recipient of awards from the New York Foundation for the Arts, Academy of American Poets, Poets & Writers, the Ludwig Vogelstein Foundation, and the Van Lier Foundation among others. In 2011, she was awarded The Women of Excellence Award for her outreach and literary impact on the Brooklyn community. In 2014 and 2017, Brooklyn magazine named Chang one of the 100 Most Influential People in Brooklyn culture. She is the recipient of the 2020 Poets Laureate Fellowship from the Academy of American Poets. Her work often brings her to international audiences in China, Singapore, Hong Kong, among many other parts of the world and she has traveled on behalf of the US Embassy for public diplomacy speaking engagements under the auspices of the US Department of State to illuminate her poetic process and to share her work.

Please register to receive a link to the live Poetry Reading by filling out the form below: