It is frequently said that Maine is the whitest state in America, yet Black people have a long history in the Pine Tree State. The first one we know the name of was here some 12 years before the Pilgrims arrived at Plymouth Rock. Maine’s first doctor may have been a Black man. And the nation’s first Black lawyer passed the bar and began practicing in Portland. Yes, Maine had slaves. But also builders, farmers, fishermen, ship captains, educators, and so many more that we never talk about. Join Thomas Memorial Library as we welcome historian Bob Greene, who will explore and celebrate this often hidden side of Maine’s history. 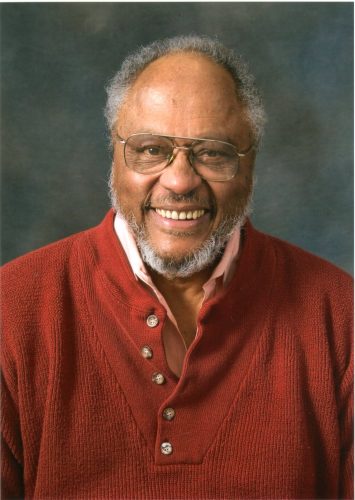 A native of Portland, Bob Greene is the eighth generation of his family to be born in Cumberland County. His roots in Maine stretch back into the 1700s. After graduating from Portland High, Bob went off to college and a career as a journalist, covering among other things airplane crashes, Mississippi River floods and the funeral of Dr. Martin Luther King Jr. He has met three presidents: Harry Truman, Lyndon Johnson and Robert Mugabe of Zimbabwe. And, as The Associated Press Tennis Writer, Bob traveled the world covering the sport. After retiring he returned home to Maine where his genealogical research has led to his deep knowledge about Maine’s Black history. Bob was an advisor and contributor to the book Maine’s Visible Black History: The First Chronicle of Its People. He currently teaches a Black History of Maine course at the Osher Lifelong Learning Institute at the University of Southern Maine. Bob also is the 2021 recipient of the Maine Historical Society’s Neal Allen Award, which is presented each year for exceptional contributions to Maine History.